Is your personality magnetic?

If you take a piece of aluminum or copper wire and connect the ends of that wire to a voltmeter, then you will measure a voltage developed when a magnet is moved past that wire.

LITTLE KNOWN FACT: In the early days of placing long cables under the ocean, the changing earth’s magnetic field caused very high and sometimes lethal voltages to be created, injuring and occasionally killing workers who touched the cable at either end.

It is the impact or effect of a changing magnetic field that can affect humans like you and me. Fixed or permanent magnets have little or no effect on the body. PEMF uses electromagnets. Above I mentioned that when a wire is located in a changing magnetic field and a voltage or current is created in the wire. Well, guess what, the reverse is true, if you pass a current through a wire then a magnetic field is created. PEMF systems take advantage of this phenomenon. Sophisticated electronic systems are used to create changing electrical currents in coils of wire which you place next to your body.

Elsewhere, we will discuss waveforms and why some waveforms are far superior to others.

Our bodies are fundamentally electric. When a person goes into cardiac arrest, for example, a defibrillator is used to apply electrical energy to the heart to stop the uncontrollable contractions of the heart so that the heart will restart in a normal rhythm by itself

Magnetic and Electric are the basis for the communication between the cells and control our chemistry by influencing the motion of charged particles. It is believed that this movement stimulates a vast array of chemical and electric actions in tissues. This will help them re-balance or heal themselves where necessary. 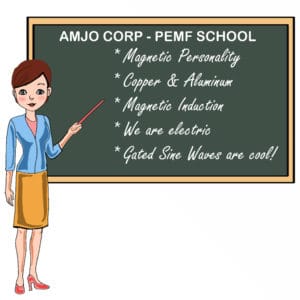 We are trying to re-balance enough cells such that, they will all work more efficiently. Cells of the same type come together to make tissues, which come together to make organs. This is the basis for magnetic field therapy – affecting and improving basic cellular function in order to combat a variety of health conditions and when possible, prevent cellular damage from happening in the first place.

Unfortunately, the PEMF Gurus don’t all agree on which frequencies and waveforms are best. There is general agreement that a sine wave is the most natural wave. Our ocean waves are all sinusoidal as are the waves created by various musical instruments.

Frequency is another matter, the Curatron 2000 family all create sine waves applied via a square wave pulse window that varies over time. We call this a Square Wave Gated Sine Wave”. You can imagine this as a continuous train of sine waves passing through a gate in a fence. When the gate is open, the wave passes through and when it’s closed, the waves do not pass through. Hence, the term square wave gated. Read more here: https://pemfschool.com/got-square-wave-gated-sine-wave-carrier-frequency-we-have-that/

The Curatron 2000 systems all change pulse rates, every five or six minutes so that the body is exposed to multiple frequencies and this prevents cellular boredom. PEMF systems that only create a single frequency are usually much less effective.

I found the video below that demonstates some of the detail described above.