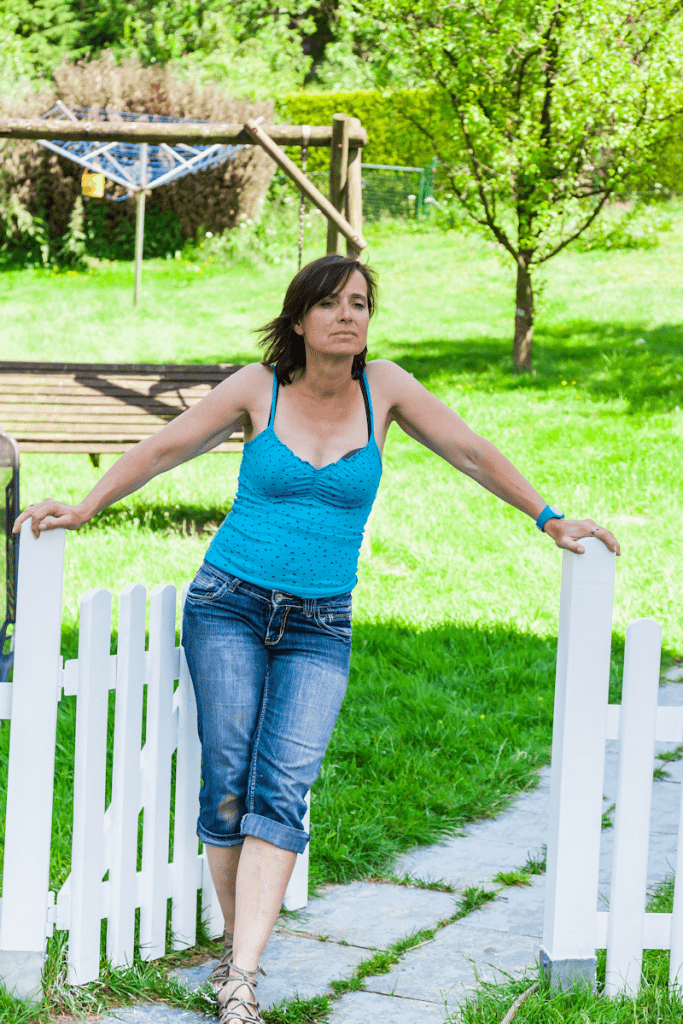 Let’s talk about the importance of the wave form used by the Curatron 2000 family of real pemf systems!

The square wave gated sine wave is what sets the Curatron 2000 apart from all the others. The Curatron waveform is unique and very difficult to create. Other systems use simple waveforms such as a simple square wave, a simple triangle wave or a simple sawtooth wave. Each of those does not provide a high slew rate, the rate of rise or Speed of Induction that is all too important in the world of PEMF

So, what do we mean when we say ‘square wave gated’?

Imagine a picket fence in which there is a gate.

In the case of the Curatron 2000, internally we create a sine wave and then we chop it up with a square wave gate which is the electronic version of a gate in a picket fence.

We also time the opening of the gate to be at or near the peak of the sine wave. This is done to maximize the ‘rate of rise’ or ‘slew rate’ or what we call ‘speed of induction’ which we discuss in another post. [LINK]

The square wave gated sine wave is what sets the Curatron 2000 apart from all the others. The Curatron waveform is unique and very difficult to create. Other systems use simple waveforms such as a simple square wave, a simple triangle wave or a a simple sawtooth wave. Each of those does not provide a high slew rate, the rate of rise or Speed of Induction that is all too important in the world of PEMF.

Only the Curatron uses this highly specialized gated square wave which in fact is turning the flow of sine waves on and off at an extremely fast rate and each of the sine waves has been modified such that its leading edge has a very fast rate of rise or slew rate so as to create a magnetic field that is changing at a very fast rate so as to provide the speed of induction needed to provide the optimal effect on our cells.

OK, what do we do and how do we do it? I have been asked by the engineering team at the factory not to disclose too much detail. So I will need to leave some blanks in this discussion but I think that you the reader will get the gist of what’s happening.

The Curatron uses a square wave as a gate. The word gate in this case is highly descriptive and you can imagine a gate being opened ad closed in a rhythmic pattern such that when its open, our string of sine waves pass through and when it’s shut, nothing gets through, so our electronic gate mimics a real gate.

So what goes through the gate? Modified sine waves whose leading edge has been modified so as to provide a very high rate of rise or slew rate.

by Lets start with some basics.

Square waves are a type of binary off/on waveform. Imagine walking up to a light switch in your home and the flipping the light switch on and then off every second. The result is a square wave at 1 Hz (One Hertz or 1 cps (Cycle Per Second)

Open the gate and let the sines out!

Some devices do just that: giving 3 pulses, which can be simple square waves (as in the picture) or triangle waves or sinus waves.

On page ‘Pulse forms’ I already elaborated on pulse forms and concluded that sinus waves are preferable but how can we obtain a fast ‘Speed of induction’ (= slew rate) if we use a sine wave? Inherent to the form of a sine wave it can never match the square wave, right?

And here comes the square gated pulse window: Open a square wave ‘time window’ during which sine waves will pass. Now look at the same picture on the right and imagine that the orange area’s are actually filled with sine waves! The time window simply opens a ‘gate’ through which these sine waves pass while the ‘gate’ is open and the gate is only open during the orange time! The sine waves are the actual energy carrier waves because they contain the pulsed electromagnetic energy.

BTW the above square time window is controlled by a very fast electronic switch.

OK but now the next question is: “But the sine waves inside these orange area’s are still sine waves with slow rise times so where is the fast ‘speed of induction’?”

max pemf pulse output In this picture you see a (half) sine wave. Notice that the actual sine wave starts at the left bottom corner but only when the maximum is reached the energy is allowed to pass though the gate towards the coils in the applicator, which is the blue area.

It is not difficult to see now that the speed of induction (= slew rate) is superb because this is where the blue area starts!

pulse starts laterSo what happens now if we do not want to utilize the maximum intensity the system is able to generate but we still want the fast speed of induction, right?

If you look at the picture on the right you see how we do that: we ‘simply’ let the energy pass at later stage during the sine wave and we still have the superb slew rate where the blue area starts.